Marion Busch is the founder of the non-commercial gallery ROTTERDAM ART SPACE (1983-2001). During Marion’s diverse activities at the Boijmans Van Beuningen Museum Rotterdam, she portrayed numerous international artists, who supervised their exhibitions. The photographs were taken in an amiable, informal and relaxed atmosphere. Some of these artists stayed at Marion’s house annexe gallery ROTTERDAM ART SPACE. These portraits are now in the archive of the Boijmans Museum. However the most exciting encounter was the one with the then little known artist Jean-Michel Basquiat in the spring of 1982 in New York City.

“In the spring of 1982 an artist friend in New York recommended that I should come to NYC to meet a young, prodigious artist. This artist was Jean-Michel Basquiat, who was just emerging from the street art scene, having recently stopped doing graffiti’s, devoting himself full-time to painting and, according to my friend, was on the cusp of greatness.

Hoping to meet Basquiat and in order to make a first interview for a Dutch audience and to take photographs of him at work, I soon found myself travelling to New York, equipped with a camera and a lot of questions.
And I was lucky. Upon arriving, I quickly bought a tape recorder and went straight to Annina Nosei’s gallery at 100 Prince Street in SoHo, where Basquiat had a studio in the basement.

Just back from the street, Jean-Michel stepped into the studio, Annina Nosei introduced us and from there everything went effortlessly. In a casual, laid-back atmosphere – the studio filled with jazz music – we walked through his studio, I took pictures while he talked. I taped his answers to my questions about different details of his paintings, such as the meaning of the crowns. He talked about the music he listened to and that inspired him (he had a collection of more than 3.000 records), such as jazz pianists like Thelonius Monk, but also pioneers like Charlie Parker and Louis Armstrong.

At a certain moment he took up his brush and started painting with big strokes. I followed his energetic brush strokes, as he painted without any hesitation and almost forgetting my presence in the background. I got the idea that a whole range of ideas that he had just absorbed from the street had to be expressed directly and irrevocably. I continued to shoot a series of black-and-white portraits. He then smilingly showed me one of his first paintings, done on a wooden door, whilst holding up my tape recorder.

Towards the end of our meeting he pointed out to one of his paintings representing a slave driver, referring to the Dutch involvement in slave trade: This painting is about the slave trade in America. The Dutch were quite involved in slavery. The boats are here, and the trade is directed from there. ‘How much money could I get for this slave? 50 dollars for a slave.’
These were his last words to me, before we said goodbye.”

Several of the photographs and part of the interview were used in the award-winning, feature documentary ‘Rage to the Riches’, directed by David Shulman, commissioned by the BBC and televised worldwide. The photographs have also been published in several international books and publications about Basquiat. In 2019 Schunck in Heerlen exhibited photo’s and several billboards during the exhibition “Basquiat: The Artist and his New York Scene”. 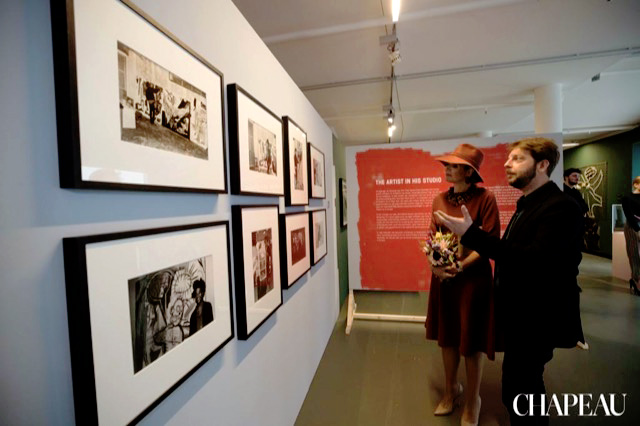 Queen Maxima in front of Marion Busch’ photographs at the opening of the exhibition Basquiat: The Artist and his New York Scene. Schunck, Heerlen, 2019. © Harry Heuts. 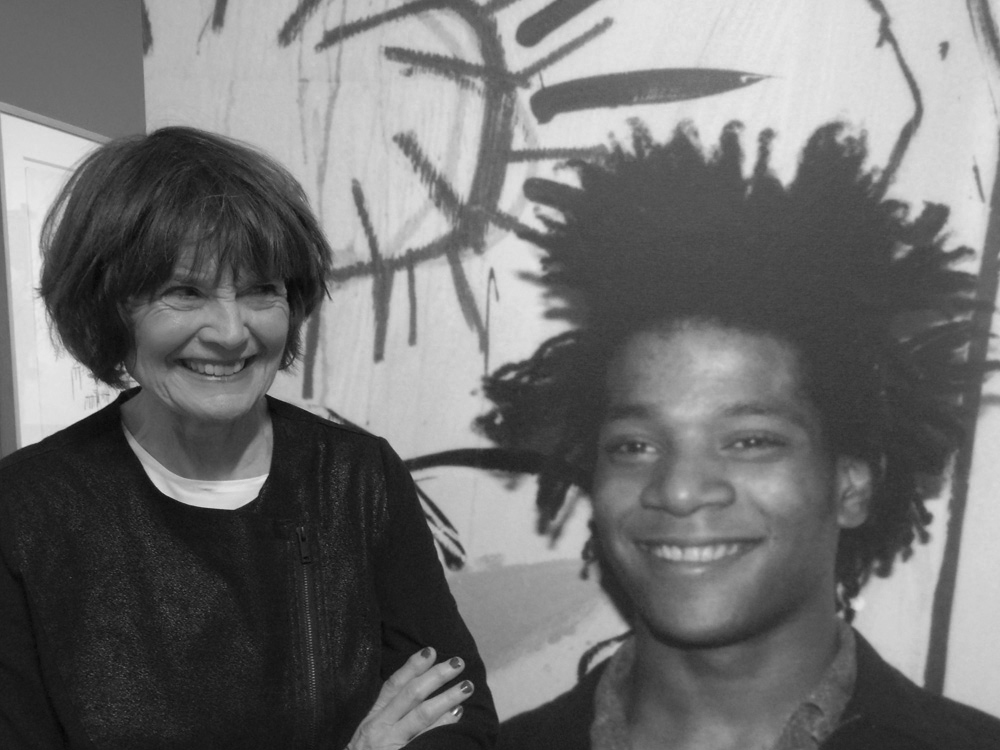